Exact value of the Kohinoor Diamond is not known, but in the 1500s it was considered that the diamond’s value corresponds to about half of the world’s total production costs in one day.

Of course, with a diamond so unique, it is hard to put a monetary value attached to it.

The fact that it never changed hands through a documented sale doesn’t help our evaluation. The Kohinoor was always stolen, bartered or gifted and never sold.

Although the Kohinoor is not the biggest diamond in the world right now, its romantic history and the fact that it was used by some of the world’s most imposing historical figures makes it priceless. 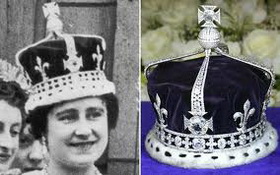 As comparison the most expensive documented sale of a diamond occurred around 60 years ago, when the Graff pink was sold in Hong Kong for $46 million.

The Graff pink weighs “only” 24,78 carats compared to the 106 carats that the Koh-i-noor weighs though.